Top Posts
Celsius publishes list of users eligible to withdraw...
Crypto firms cut nearly 3,000 jobs in January...
Best January since 2013? 5 things to know...
Fantom (FTM) Gains 39% In 7 Days Following...
Yuga Labs co-founder to take leave of absence...
U.S. Government Releases Roadmap To Mitigate Crypto Risk...
Does the Crypto Market Have The Strength To...
US securities regulator probes Wall Street over crypto...
XRP Try To Break Consolidation At $0.4 To...
Examiner could cost $100M and ‘provide no benefit’
Home Cryptocurrency For Beginners Bitcoin is Struggling, But It’s Too Early to Say Bulls Have Given Up

Bitcoin is Struggling, But It’s Too Early to Say Bulls Have Given Up

Bitcoin failed to clear the $48,500 resistance zone against the US Dollar. BTC is sliding, but it could find bids near the $45,500 support zone. 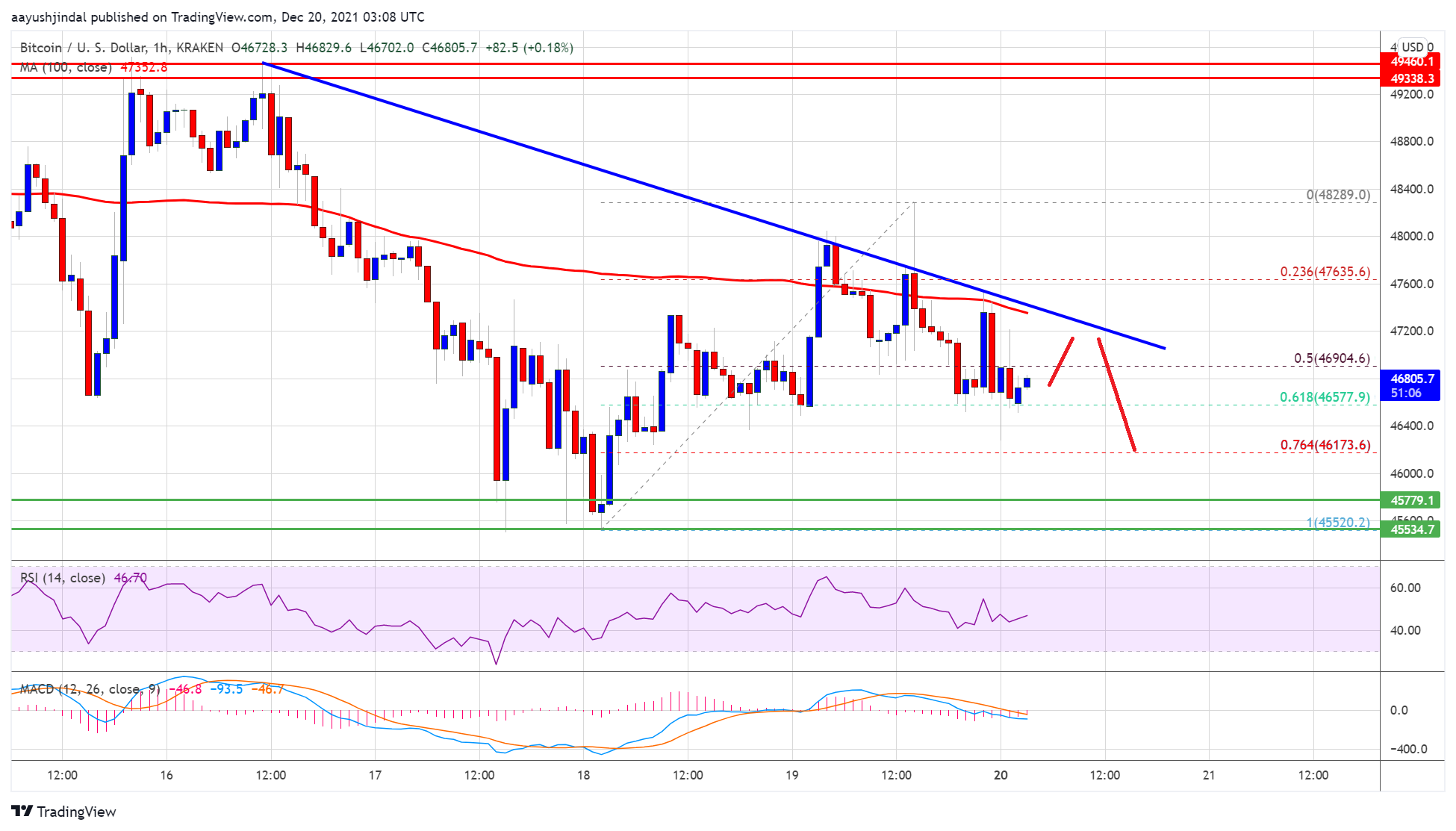 The next key resistance could be $47,500, above which the price might rise towards the $48,500 resistance. To continue higher, the price must gain strength for a move above the $48,500 level in the near term.

If bitcoin fails to clear the $47,500 resistance zone, it could extend decline. An immediate support on the downside is near the $46,500 level.

Hourly MACD – The MACD is slowly gaining pace in the bearish zone.

Hourly RSI (Relative Strength Index) – The RSI for BTC/USD is currently below the 50 level.