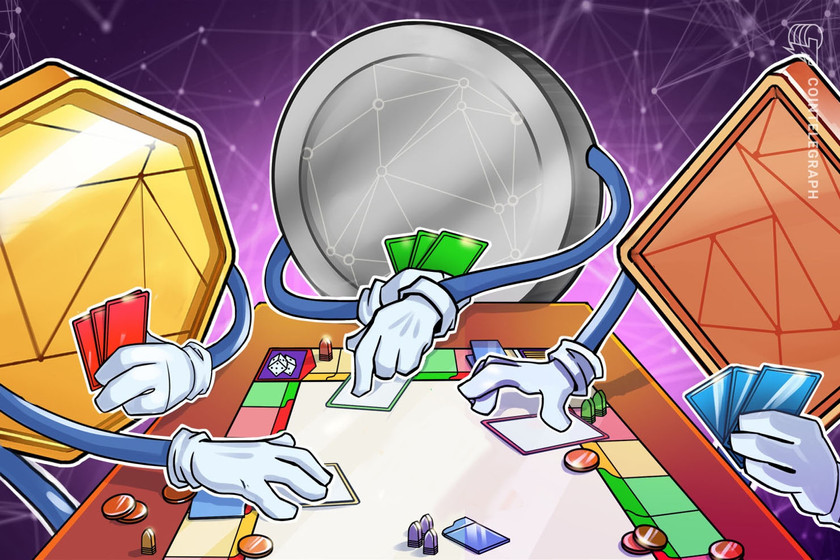 Cointelegraph interviewed Shaban Shaame, CEO of EverdreamSoft, whose company produced what is considered to be the first blockchain-based mobile game called Spells of Genesis, or SoG, in 2015. This trading card game launched at a time when few investors and gamers saw the value in blockchain gaming or even Bitcoin, and it faced heavy competition from AAA game producers who shifted to a free-to-play model.

Originally, players who reached a certain level could mint in-game cards as tokenized digital assets on the Bitcoin blockchain using the Counterparty protocol. After years of stagnating sales, however, SoG became compatible with the Ethereum blockchain in 2020. It wasn’t until mid-2021 that NFT collectors put the game’s rare NFT cards back on the map and sales began trending upwards.

Other blockchain games like CryptoKitties, that allows players to collect, breed and trade virtual cats, had been in the spotlight. The CryptoKitties NFT collection came to the market in 2017 and is largely given the credit of showing collectors and gamers that in-game asset ownership was added value. At the time of publication, CryptoKitties ranked 15th in top most traded collections on OpenSea in terms of volume.

As an early blockchain aficionado, Shaame admitted he “found a new family” with the crypto community made up of people who are “genius and a bit crazy.” He likened Bitcoin’s invention to that of the internet’s and he set out to create on-chain collectibles that could survive the game’s life. Always believing that SoG trading cards would go up in value, Shaame envisions those cards displayed in a museum 50 years into the future.

Shaame admitted he was not prepared for the sudden recent spike in usage and price. At the end of the video, he revealed he has another project in the works with plans to “revolutionize the use of computers” in hopes of “changing lives.”

Cardano (ADA) Ready For Rally Towards $1.50? What Indicators Are Saying

Axie Infinity Ranks As Most Searched NFT On Google Search